Unconscious Bias in the Workplace: Perspectives of a Cross Cultural Coach 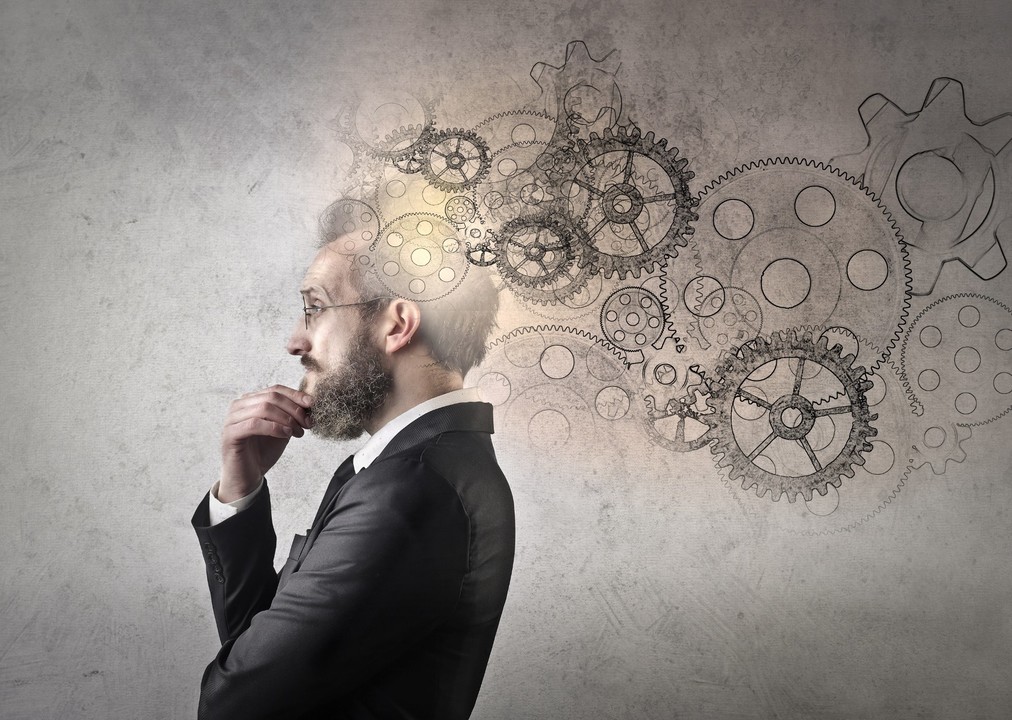 As forward-thinking organizations deepen their commitment to cultures of diversity and inclusion (D&I), their human resources and management leaders are turning to a related, but less well-understood topic: unconscious bias (UB). Also referred to as implicit bias, UB has emerged as a major issue in the news, and a key theme in discussions ranging from politics and policing to campus culture and social behaviors.

Unconscious bias is generally defined as attitudes or stereotypes, both favorable and unfavorable, that affect our understanding, actions, and decisions in an unconscious manner, and which are activated involuntarily, without our awareness or intentional control. Workplace efforts are underway both to understand the potential impact of UB and develop effective ways to address it. These include identifying and curbing cultural assumptions and behaviors that are not only counterproductive to D&I goals, but that can negatively impact an organization on multiple fronts.

Notes one expert on UB: “HR and talent management professionals must ask the question, ‘To what extent are our organizational culture and business results being affected by unconscious bias?’ ”

In the interview below, D&I veteran and cross-cultural communications expert Debora Bloom, a member of the Springboards coaching team, offers her perspectives on UB and some recommendations for what organizations can and should be doing.

Nadia: What makes unconscious bias such a hot topic today?

Debora: People are now hearing about UB from so many sources – from corporate leaders and in the training and coaching programs in their companies. It’s even coming up on the US presidential campaign trail. But discussions around UB are not easy ones. For most of us, the whole notion flies in the face our self-perceptions. We believe we are good, fair, and unbiased…or, at the very least, that we are aware of whatever biases we might have. Our self-perceptions come from experience, feedback, and deep-seated beliefs formed over a lifetime. As a result we all carry biases – but when people hear this, their defenses go up and they often deny the possibility. Ignoring the existence and impact of such bias can really harm an organization; it can lead to poor hiring decisions, limit advancement and retention, and affect teamwork and cultural adhesion.

Nadia: You’ve been in the diversity and inclusion space for over 30 years now. What’s driving the sense of urgency around UB in the workplace? And how far have organizations come in addressing it?

Debora: First, demographic changes and legislation are making both the marketplace and the workforce increasingly more diverse. Multicultural work environments are becoming the norm. In addition, companies must connect with a more diverse clientele. As you know from Springboards’ coaching work, diversity challenges all employees to understand and accept customs, behaviors, and communications styles that differ from their own.

In the work environment, both explicit and implicit biases must be identified and addressed. Many human services organizations have such diverse clientele and staff that they are in the forefront of providing Diversity and Cultural Competence Training to their staff, and this training often introduces the concept of unconscious bias.

Second, to remain competitive, organizations have to tap into the value of diverse perspectives by attracting and retaining talent from a wider pool of backgrounds than ever before and by seeking their input.

Some organizations have come very far, others have not. It really depends on who is at the top – if leaders are paying attention to diversity and inclusion and if it’s part of their personal and corporate philosophy.

Nadia: In your work with Springboards, you coach a lot of foreign national clients and their managers. What biases have you observed based on ethnicity or culture? What kind of impact have you seen on performance and promotion?

Debora: Our brains are wired to discriminate between what’s good and what’s bad, what’s safe and unsafe. Unconscious biases, which are buried deep in our brains, are hard to modify. But they can be worked on in ways that improve workplace interactions. Surfacing awareness of UB is the first step in helping people to do something about it.

Multiple studies have shown that hiring managers and recruiters are influenced (negatively or positively) by the perceived ethnic or gender association of a name on a resume. For example, even when they present equal levels of experience and qualifications, resumes of candidates with names that appear more White than African American or “ethnic” often generate more call-backs and more job offers. Some companies, to reduce bias, have begun the practice of deleting candidate names from the resumes they forward on to managers, supplying only candidate experience.  “Hiding candidate’s names, pictures and other features,” notes a recent Workforce article, “forces companies to make decisions based on their actual qualifications and performance.”

Here’s an example of an innovative approach to solving for UB: a symphony orchestra, committed to fair, gender-neutral hiring practices, auditioned male and female candidates to assess their musical ability. But they were unable to increase the number of qualified women members…until they decided to have all candidates try out hidden behind a curtain. The orchestra was able to promote a more inclusive and diverse environment through an interviewing process that prevented unconscious bias from having an impact.

Also, it’s important to consider the impact of body language in UB. Say a foreign national employee unaware of cultural differences regarding personal space stands too close to his or her US-born manager – the manager may feel uncomfortable and interpret the employee’s behavior as over-friendly or not sufficiently professional. It’s important to point out that the manager may start to react negatively to the employee without knowing why or even acknowledging it that indicates an unconscious bias on their part, rather than just cultural differences.

Nadia: Many of our coaching clients come from non-US cultural and language backgrounds. They sometimes struggle to fit in, get credit for work achievements, or reach promotion goals as quickly as their native US counterparts, among other serious career challenges. How much of a role do you think UB plays in this?

Debora: If there is indeed unconscious bias in these situations, it is often on the part of both the employee and the manager. When helping a client with performance, it’s important first to assess whether you are actually looking at bias or at skill and cultural dynamics. In the coaching process we can help clients (both the person being coached and his/her manager) by discussing the notion of implicit bias and also by practicing with them behaviors to counteract it. Managers need to be prepared to recognize that many factors – the presence of an accent, or how tall someone is, or their skin color – may tap into their own biases and affect advancement and promotion of foreign born nationals and other racial and cultural groups.

Nadia: You’ve used the IAT (Implicit Association Test) in your work. Explain this tool and how companies can use it as a learning intervention in the context of UB.

Debora:  The IAT is a social psychology tool designed to detect attitudes and beliefs about particular topics or categories of people. It’s a product of Harvard University’s Project Implicit, led by Dr. Mahzarin Banaji of Harvard and a team of psychologists from four universities who have developed and modified it over many years. The IAT provides data that can serve as the basis of coaching conversations about perceptions, beliefs, behaviors, and options. The IAT should be used only voluntarily and with care, and not to categorize or criticize other people. It’s used in training and coaching environments to help raise people’s awareness of their biases about others who may or may not be like them, and allows users to identify actions that might increase their comfort and effectiveness with particular groups of people. I’ve taken the IAT several times over the years and have found, to my surprise, that I’m more biased than I thought…which gives me opportunities to grow.

Nadia: What are the most effective practices to apply in helping managers (or, as we refer to them in a coaching program, “champions” or “sponsors”) to work productively with their foreign national employees?

Debora: One method is to borrow from certain anthropological concepts, e.g., regarding high and low context cultures, to help both the coaching client and sponsor/manager recognize differences when interpreting behavior. For instance, discuss how each interprets the firmness, or lack of it, in a handshake; or how appropriate it is to ask questions about a colleague’s family in a business environment. By surfacing and acknowledging bias –and that we all have it –we can then begin to develop a framework that there is more than one way of seeing the world.

Nadia: What about the flip side – how do you help individual coaching clients deal with their own UB, which may stem from the cultural context in which they were brought up?

Debora: Again, I would start by raising awareness. Let them know that their biases, once they identify them, can be used at a very practical level through conscious choices about how to interact with colleagues whose backgrounds may be different from theirs. Then, share with them what are considered positive behaviors in US contexts. During the coaching sessions, do drills, rehearse, and role play in preparation for upcoming meetings or presentations. Help them to recognize and explore commonly held biases of people from their home culture. We often coach foreign nationals in specific areas in which UB tends to play out, including body language, word choice, tone of voice, and business behavior.

It’s important throughout these exercises to remember that UB emerges from deeply held and ingrained perceptions over which we have little or no control. We can affect it to the extent that we can pull it into our consciousness, but we probably can’t wipe it out.

Nadia: Finally, have you ever encountered unconscious bias within your role as a D&I practitioner?

Debora: Yes –I run into it most often when conducting hiring skills training or performance management training. In those situations, I help managers realize that their interpretation of an employee’s behavior, especially an employee from another country or culture, may not be consistent with what the employee intended, consciously or unconsciously. My definition of success is when the manager comes away from our meeting more open to multiple interpretations and more willing to check on the validity of those interpretations.

Understanding Implicit Bias, Kirwan Institute for the Study of Race and Ethnicity